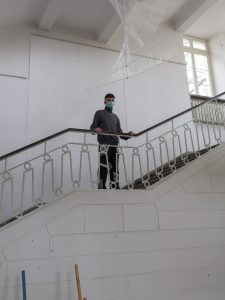 MA: Could you introduce yourself and say sth about yourself like where you’re from and what you’re doing back  home?

D: My name is Diego. I study Graphic Design back at the Escuela Superior de Diseño de Madrid. This is my third year joining the Akademia Sztuk Pięknych in Warsaw.

MA: How did it happen that you've arrived here from Madrid? What was the path?

D: First, I thought I was going to Germany but it was really expensive and they had asked for a good level of german, something I don't have. So, I just moved to a place that was similar. I browsed through all the academias in different cities and the one in Warsaw seemed like a really good school and so it is, I came here.

MA: Was there any specific reason why you were looking for academia in the East? Like Germany and then Poland?

D: I just really like Germany, and because of the COVID I was afraid was gonna move to the country with a lot of measures and a high number of COVID cases and then I would have to go back to my country. Things that I don't want to happen.

MA: Coming to your decision to stay longer. Why did you decide to extend?

D: I like it here. I guess I just like it better than I thought. I’ve met a lot of people and the classes here are awesome. Back at home we are following a different system, there are theory classes and maybe like five projects a week and here we started working on some ideas and the professors give us time to work on them continuously perfecting our way of doing things.

MA: How was it when you ended up here? I mean the COVID situation and organizing your life.

D: Practically, when I got here, there were no covid measurements. I mean clubs were opened, we wouldn’t have to wear masks at the streets and stuff like that. I guess that's why after that, it came to the complete shut down right now. I think it's way better than what we have back in Spain. I can still go to the university and work on my project.

MA: So mostly you wanted to be able to freely work on your stuff and dont worry about the situation, is that right?

D: Kind of. It’s not that I'm not worried about the situation but it doesn't affect me as much as it would back home. So I can just focus on myself. My grandmother isn't here, my parents and my family aren't here so I can work on my stuff, move freely, go to school, go to the shop, everything without being afraid of offending the measurements.

MA: Could you list three sources of inspiration for you?

D: Music <3, like all types of music depending on the mood, Bauhaus design. When I don't know what to paint, what to draw, I just go to the museum and find sth similar to that and just paint it. Also, spending time with people you love. I mean, that's like a mood booster to me. 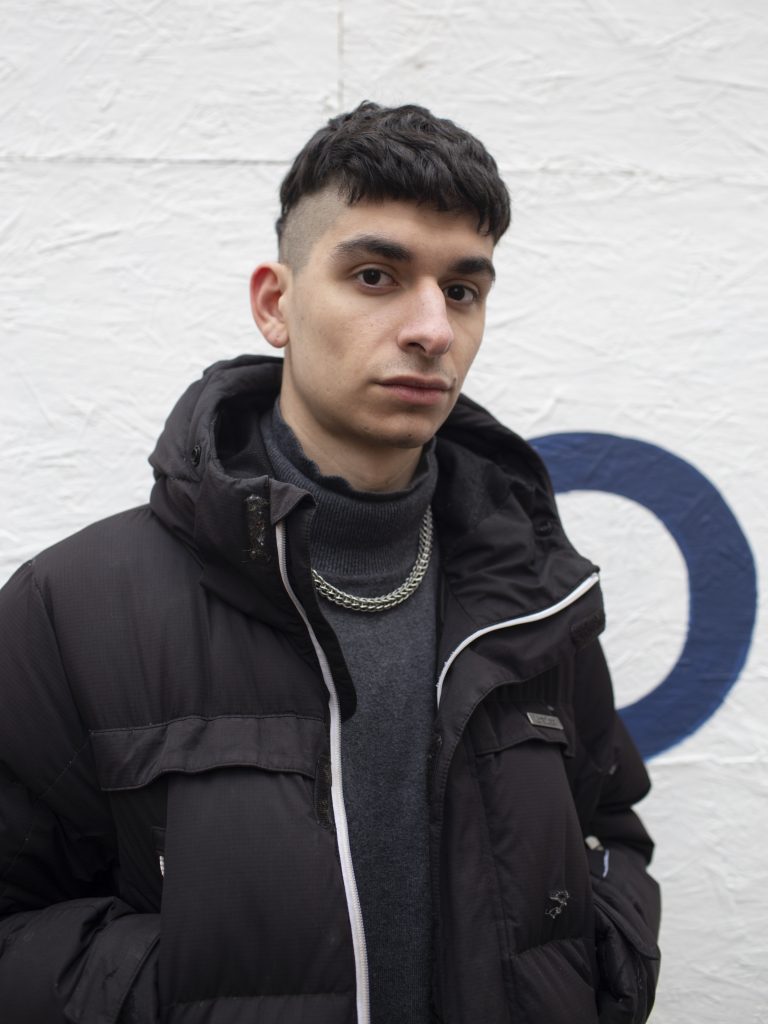 MA: You don't have your family and friends here, but it seems like you have a social network. Do you think you are well-fitted?

D: Yeah, one hundred percent. I’ve made a close group of friends quick. I think that's the sort of Erasmus+ experience you want to have. That's part of when people travel. You just build confidence really fast with people and I think it's a really good thing.

MA: You mentioned the measurements. Can you tell sth about the political situation? When we met for the first time you’ve mentioned sth about young people rioting in the streets?

D: It looks like Poland is a very closed space. Especially with the abortion ban and the basic LGBT+ rights. The day I got here, I saw people rioting in the streets but I think there’s a really big difference between what the government is and what people’s opinions are. Pretty much everyone in Poland, people I know, is very nice and open-minded.

MA: What are young people fighting for in Spain?

D: To keep abortion as a right for example, to keep gay marriage, better wages... Our wages are really low but the costs of living are really expensive. Here in Poland, wages are low but rent and food are really cheap compared to Spain where it's completely broken.

MA: You’ve mentioned Germany and club culture. Do you find yourself a member of this subculture?

D: Hundred percent. Now there's nothing open so there's not much going out but I still like the culture. It's inside each one of you, depending what kind of music you like, the places you go, it’s not just like going one day a week to a party. That's not what it's meant to be and although clubs are not opened here, I can see people in the streets with that mentality and I've met people without the mentality too. It’s more about the music, what you like and what you think.

MA; Let’s say we don't know anything about club culture and we’d love you introduced it to us.

D: It’s all about respecting everybody and enjoying the music. That's about it.

MA: I can remember that you went to this VTSS gig in Warsaw. How come you knew about her ?

D:I knew about her because she DJs with one Spanish DJ all the time and right now he doesn't even live in Spain. He’s the resident of a club in Germany and I just knew her from that. Right now, girls in the club culture are growing exponentially. Some people don’t like girl DJs but she's one of my favorites and I got the chance to see her live here. I was really fortunate because next week everything shut down. It was worth it though.

MA: Would you say it's still worth traveling despite the measurements?

D: The measurements are not as bad as they seem. If you travel to a country you’re not going to see everything but still you can go to museums, you can walk around the old town here. I've been trying to visit other cities right now despite the measurements but just like sightseeing the cities and I need to say it's nice to move to a place once in a while and even more if you're getting to know another culture and another country.

MA: Having this erasmus experience do you find any conclusions for your future? Does this experience affect your future plans? Do you find yourself living back in Spain or are you thinking of moving somewhere else?

MA: Do you have any tips for the future students who are either thinking about the exchange or already deciding on it?

D: Just go for it. You are going to have way more fun than you thought. You're gonna meet a lot of people that you never expected to meet and you will make friends with like everybody. 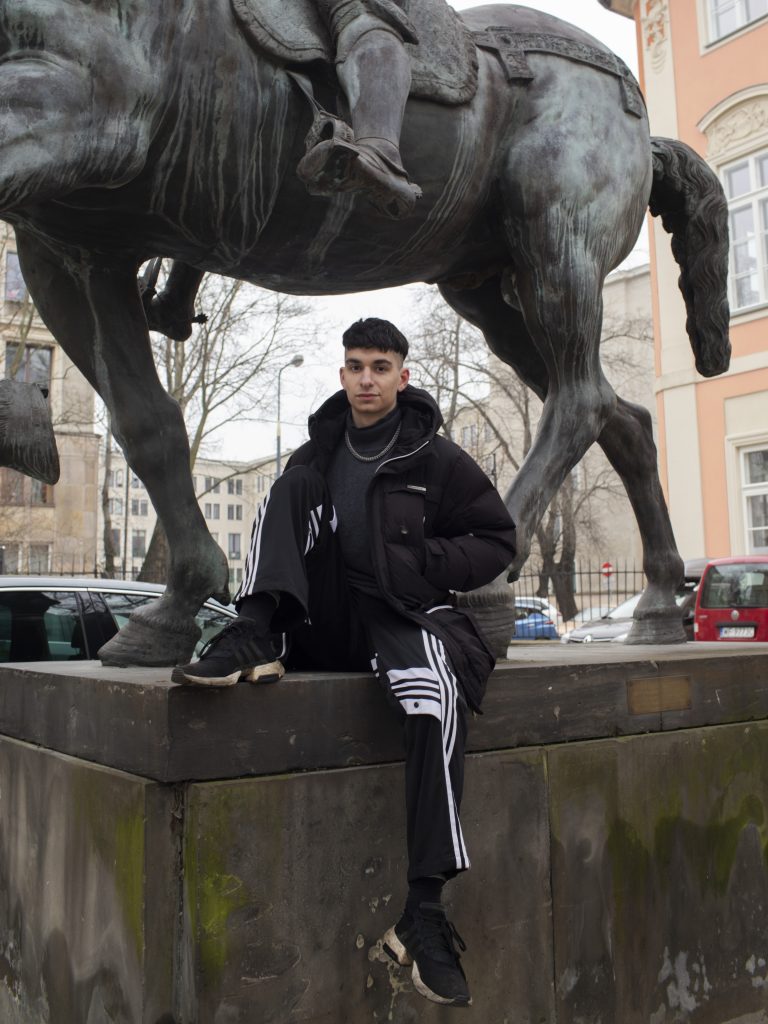 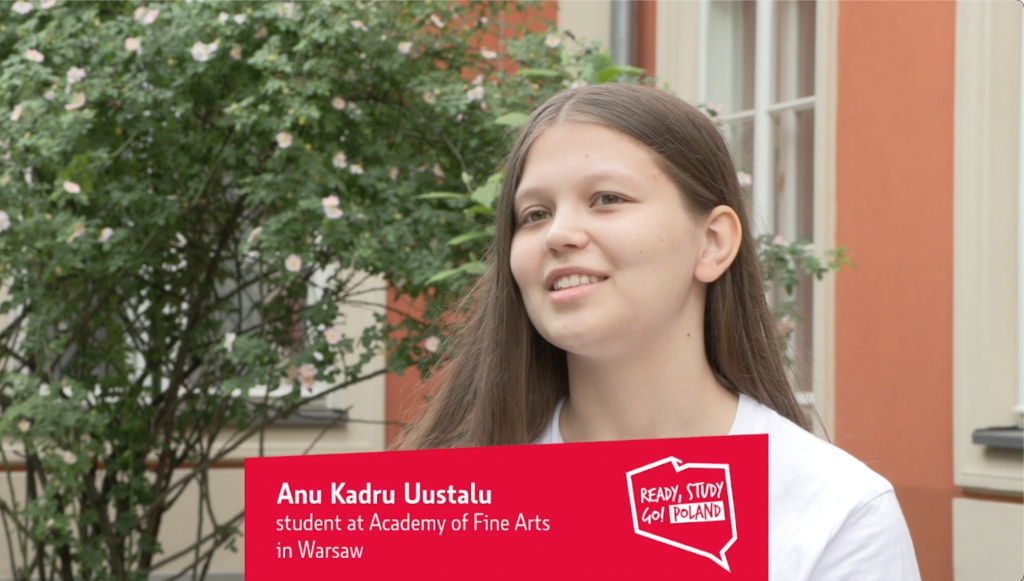 Study in Poland interview with our E+Student by NAWA! 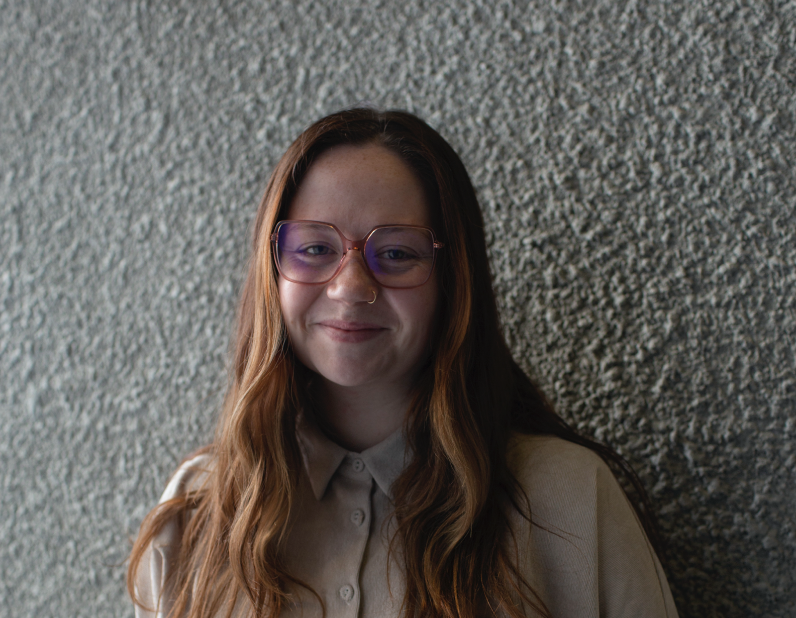 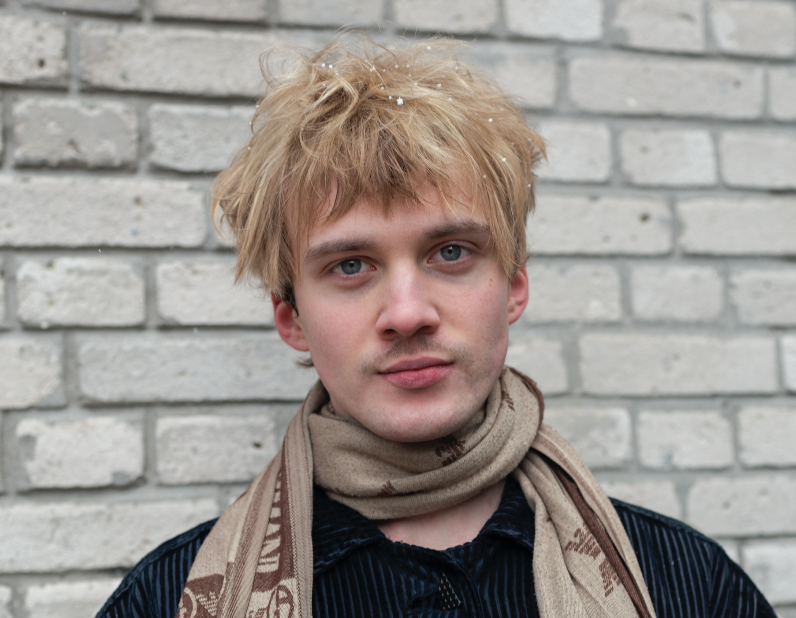