Incoming Students @ Never Again. Art against War and Fascism in the 20th and 21st centuries

The exhibition “Never Again. Art against War and Fascism in the 20th and 21st centuries”, organised on the 80th anniversary of the outbreak of World War II relies on three precisely determined focal points – Guernica and the 1930s, the “Arsenal” exhibition and the 1950s, contemporary art and (post-)fascism – to present the singular and distinctive tradition of anti-fascist art.

Although the exhibition features primarily historic materials and iconic artworks that shaped the form of anti-fascist and anti-war resistance, the questions posed by the show concern the contemporary era.

We search the rich anti-fascist history for answers to the question about the significance and force of this tradition today. We ask why anti-fascism – as a universalised experience and a peaceful foundation of social life – has lost its consolidating power? Do we no longer fear wars and violence as a fundamental threat to our existence? Did anti-fascism come to an end with communism, with which it was closely linked both in the 1930s and in the 1950s? And can it therefore be successfully pursued further within democratic traditions: liberalism, social democracy? Or is the struggle with fascism (neo-fascism, post-fascism) identical to the struggle with capitalism, which is the essence of the leftist anti-fascist tradition? Finally, how to recount the history of anti-fascism so that it inspires today’s social movements that aim to counter violence?

The exhibition concentrates on three moments in history. The first is the decade of the 1930s: we look at the most renowned anti-war painting, Pablo Picasso’s Guernica from 1937, presenting the history of its creation and reception, which reflects in a distinctive and dramatic way the entanglement of art and politics since the 1930s. We also depict the international anti-fascist movement prior to the outbreak of World War II and its ties with the workers’ movement on the example of artists from the Weimar Republic, the Krakow Group and leftist movements in the United States. The second discussed period is the communist era in Poland, when anti-fascism and pacifism were given official prominence – this section of the exhibition concentrates primarily on the “Arsenal” – Polish National Exhibition of Young Visual Arts “Against War, Against Fascism”, held within the 5th World Festival of Youth and Students in 1955. The harnessing of anti-war stances by the communist propaganda apparatus of that era resonates until the present day in discussions concerning the traps and duties involved in the civic – or even downright political – engagement of artists. The third focus of the show embraces today’s approaches to fascism, which ceases to be treated exclusively as a historical ideological formation responsible for genocide, but is evoked in the context of the modern-day racist, misogynistic and violent narratives that prepare the ground for the catastrophes of the first half of the 20th century to happen again. A major role for that matter is also played by the crisis of the European Union, the greatest peace project in the history of the continent (a response to the events of World War II, driven by faith in humanism and universalism in the new political order), and by the sprawling wave of populisms.

“Never Again. Art against War and Fascism in the 20th and 21st centuries” identifies iconic images and key aspects of the anti-fascist tradition throughout the above moments in history. We use images as a prism through which to portray the complexity of the anti-fascist stance and the variety of approaches to the problem: from political satire and testimonies of atrocities, to apocalyptic forecasts and visual propaganda, to more ambiguous abstract articulations of pro-democratic and anti-authoritarian content. We highlight the moments of self-reflection, the self-awareness of the entanglements of the anti-fascist movements, which are visible in seminal artworks, such as Guernica, or at moments of crisis, such as the “Arsenal” exhibition. We embrace studies on the history of images that accompanied the anti-fascist movements as a tool to understand today’s stances and activities that define themselves as egalitarian and pro-democratic. We look at works by contemporary artists, such as Hito Steyerl, Nikita Kadan and Wolfgang Tillmans, in search of evidence of the continuity of the anti-fascist tradition, we ask about its effectiveness in the face of such phenomena as the acceptance of hate speech, post-truth, the escalation of acts of violence, the return of aggressive nationalism and populism. At the same time, we discern the weaknesses of such “safety fuses” of peaceful order as liberal democracy and the European Union.

What images are able to affect the imagination, organise resistance, initiate constructive community projects? Is it the language of critical art? Are these strategies that deploy the iconography of popular culture, fashion, enter the mainstream? We also ask about the role of propaganda – as a manner in which the work affects the viewers’ emotions and attitudes, but also as a tool of civic pro-democratic mobilisation. We reconsider the very definition of fascism. Highlighting the differences between historical circumstances, aware of the deficits of the anti-fascist tradition, we seek contemporary, communicative and effective art that speaks against war, against fascism.

The exhibition is held as part of the Anti-Fascist Year, a country-wide initiative of public institutions, NGOs, social movements, collectives, artists and activists. The goal of the Anti-Fascist Year is to commemorate the struggle of historic anti-fascists and to oppose the presence in the public sphere of post-fascist movements and those that endorse fascist ideas, discourses and practices.
source: https://artmuseum.pl/en/wystawy/nigdy-wiecej 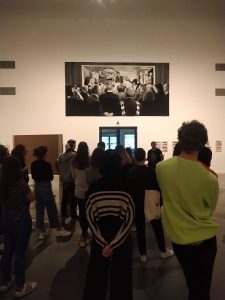 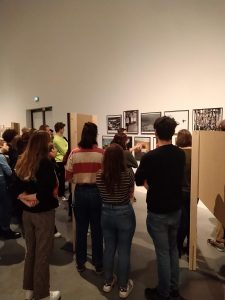 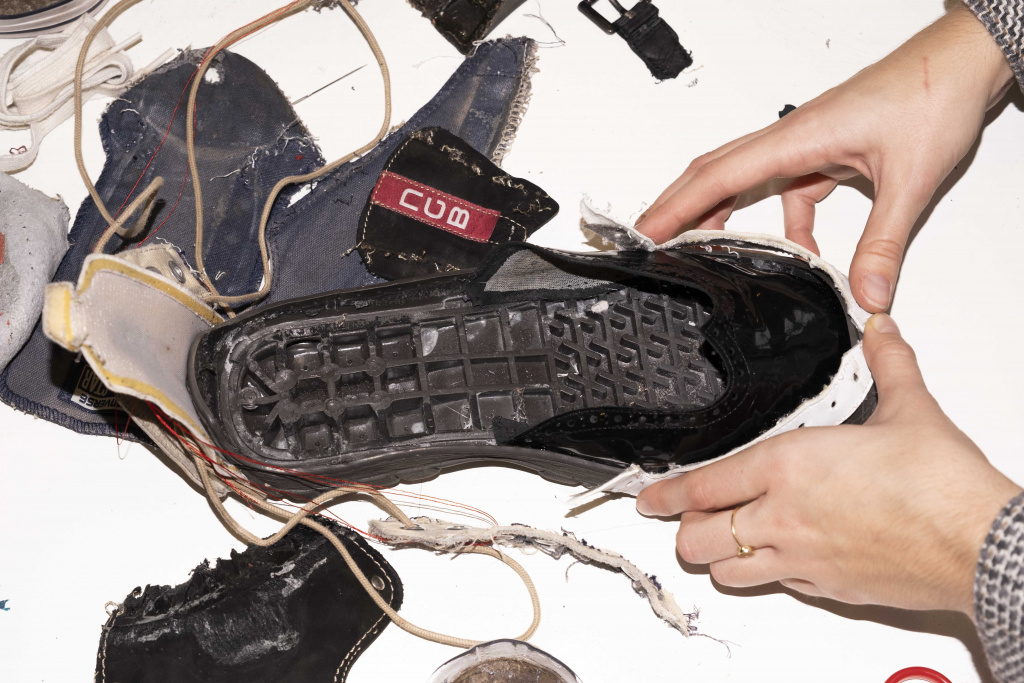 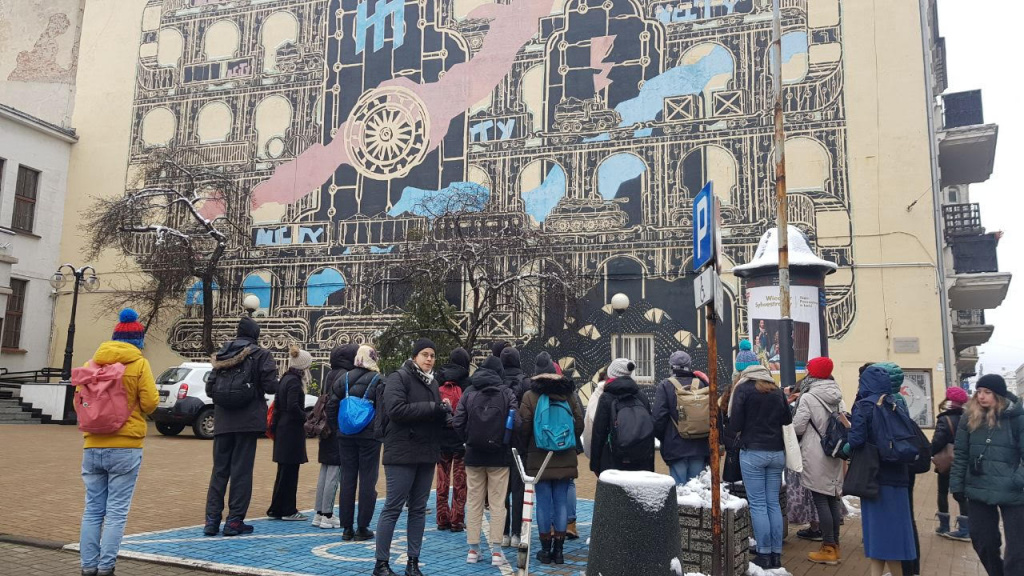 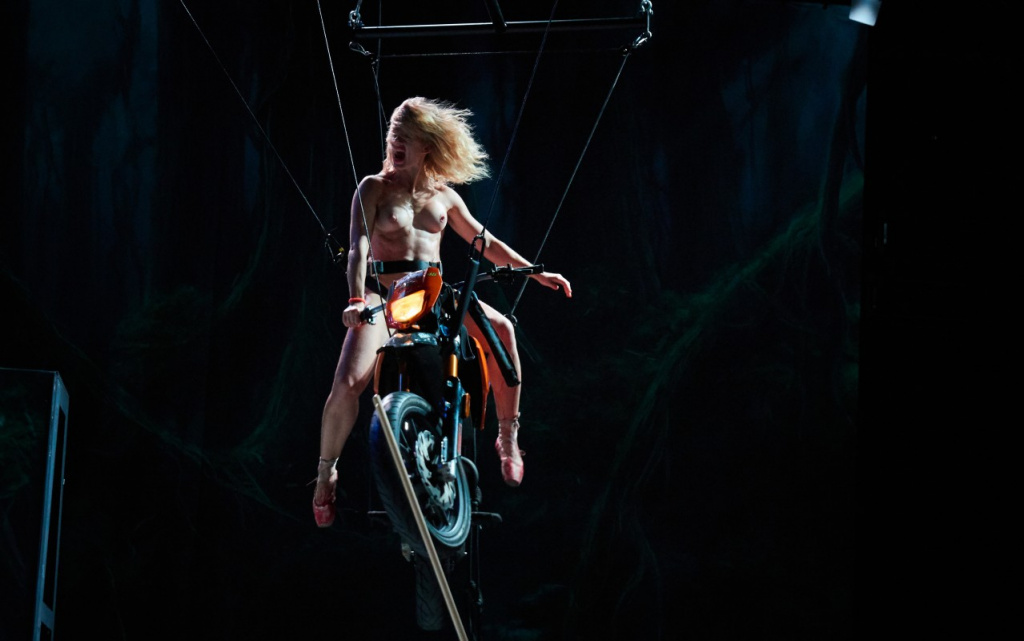